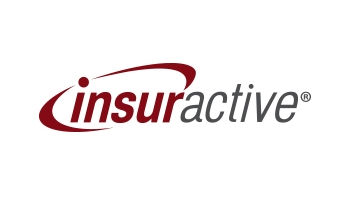 The Defense Base Act (DBA) covers the following employment activities:

If any one of the above criteria is met, all employees engaged in such employment, regardless of nationality, are covered under the Act.

Here are a few examples of typical rates we have seen for following labor categories.
Rates listed are estimates only and are non-binding. Please submit an application to receive a quote/offer for DBA for coverage.

The Defense Base Act provides disability and medical benefits to covered employees injured in the course of employment and death benefits to eligible survivors of employees killed in the course of employment. Compensation for total disability is two-thirds of the employee's average weekly earnings, up to a current maximum of $1,436 per week. Compensation is also payable for partial loss of earnings.

Death benefits are paid at the rate of one-half of the employee's average weekly earnings to a surviving spouse or one child, or two-thirds of average weekly earnings for two or more eligible survivors up to the current maximum weekly rate. The Defense Base Act also incorporates the LHWCA's (Longshore and Harbor Workers' Compensation Act) provision for payment of reasonable funeral expenses not exceeding $3,000.00.

Permanent total disability and death benefits may be payable for life, and are subject to annual cost of living adjustments. The LHWCA minimum benefits rate, however, does not apply to DBA claims.

The injured employee is also entitled to medical treatment by a physician of his/her choice, as the injury may require.

Eligibility information about this plan

What are the consequences of not carrying DBA Coverage?
Failure to obtain DBA insurance carries stiff penalties. All government contracts contain a provision that requires bidding contractors to obtain necessary insurance. Failure to do so will result in fines and possible loss of contract. The additional and most severe penalty is that employers without DBA coverage are subject to suits under common law, wherein common law defenses are waived. In other words, the claimants or their heirs need only file suit and do not have to prove negligence. Lastly, all claims may be brought in Federal Court and are against the insured directly.