Quote and buy from these plans 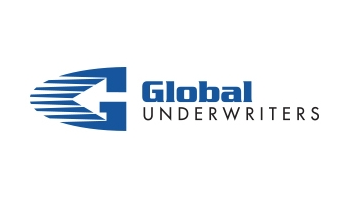 Single-trip or annual accident insurance with optional war and terrorism coverage. Accident benefits from $100,000 to $20 million.

Many U.S. companies and corporations choose to minimize the potential liability they face in regards to employees that travel by purchasing business travel accident (BTA) insurance. Travel has become an absolute necessity in our new global economy. Available to U.S. companies with Domestic or International Employees.

Kidnap and extortion are very real and growing threats throughout the world. While the most vulnerable companies to kidnapping are those that have employees based or traveling overseas, organizations that have high profiles, handle large amounts of cash or work with sensitive information are also at risk.

What is the Defense Base Act (DBA)?

Established in 1941, the primary goal of the Defense Base Act was to cover workers on military bases outside the United States. The act was amended to include public works contracts with the government for the building of non-military projects such as dams, schools, harbors, and roads abroad. A further amendment added a vast array of enterprises revolving around the national security of the United States and its allies. Today, almost any contract with an agency of the U.S. government, for work outside the U.S., whether military in nature or not, will likely require Defense Base Act coverage.

We send employees to Iraq and Afghanistan for various periods of time. Some for one month, others up to one year. Can you provide us Accidental Death Insurance with the war risk rider and bill us according to our monthly roster?

Yes. We can accommodate employees rotating on and off your monthly rosters and adjust the billing accordingly.

What is the cost for Defense Base Act (DBA) Insurance?

DBA insurance costs are calculated by your company's annual payroll for the employees working overseas. Minimum premium (for even one employee) for non-War Risk DBA is $6,000 and for most Middle East War Risk Countries it is $9,000.

We have contracted employees in Afghanistan, Iraq, and Kuwait Can we obtain life, health, and AD&D insurance for them that will include coverage for war?